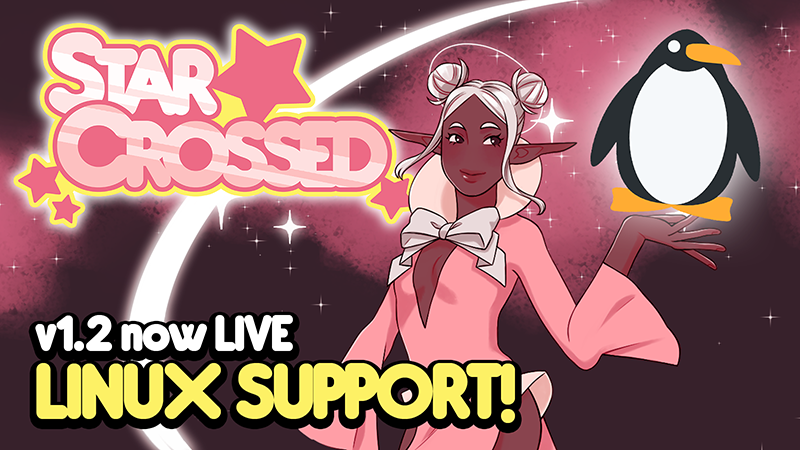 The Contigo Games team is back from PAX East and getting in the last few fixes before our console release later this month! StarCrossed v1.2 includes performance fixes that will get you in the game quicker and will have you and your partner moving from wave to wave smoother than ever!

ALSO, big news! You can now play StarCrossed on Linux!
We’re so excited to add Linux support, and we hope you enjoy playing StarCrossed.

On to the patch notes! Here's what has changed:

Thank you for playing StarCrossed and sending us your feedback!