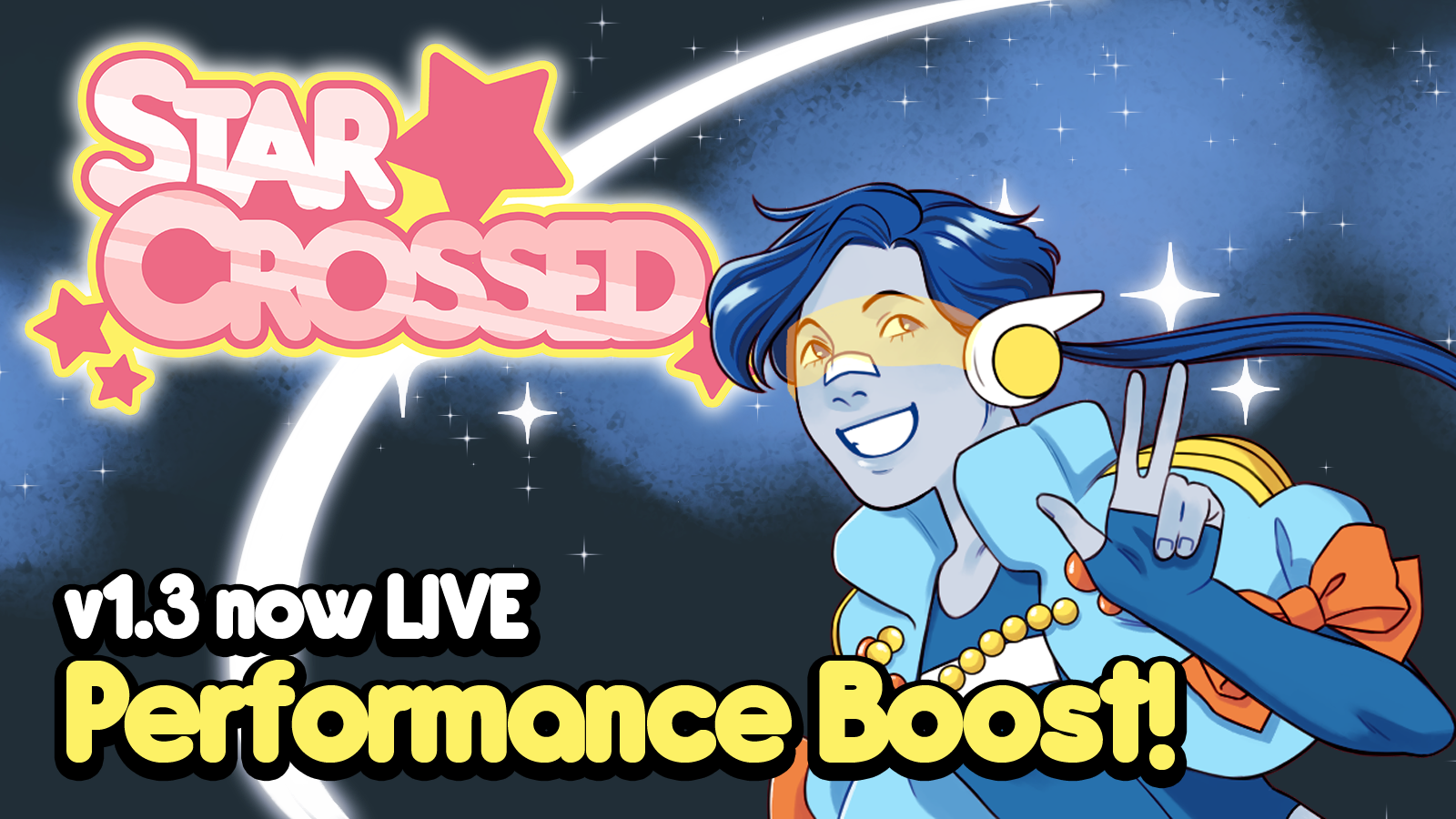 Now that StarCrossed is out on Xbox One and Switch we have more people playing than ever before! Thanks to the feedback from our community, we've found additional ways to improve both gameplay and performance. All aspects of StarCrossed have received a noticeable performance boost, giving more stable frame rates on powerful computers while also allowing people with lower end machines to have an improved experience.

Here's what has changed!

If you missed our previous post, the Official Soundtrack and Artbook is now available as a DLC bundle on Steam!

Thank you for playing StarCrossed and sending us your feedback!