A downloadable game for Windows, macOS, and Linux

StarCrossed is an action arcade game with a magical girl aesthetic and a cooperative twist! Join our cast of 5 space-faring heroes as they travel across the stars, working together to strengthen their bond and defeat a looming evil that threatens the Nova galaxy! It’s time to team up, get sparkly, and take out the bad guys!

StarCrossed takes heavy inspiration from classic Magical Girl media like Sailor Moon, Cardcaptor Sakura, and Tokyo Mew Mew. These stories are about collaboration and friendship, and everything in StarCrossed, from the visuals to the game mechanics, is designed around those same themes.

Gameplay is similar to a classic arcade space shooter except your only weapon is the star bouncing between you and your partner. Timing and teamwork are key! 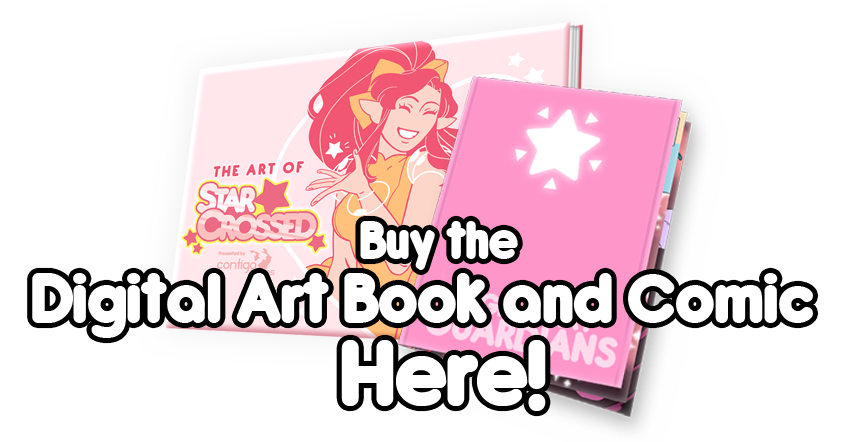 Each player is able to fly around freely as a star automatically bounces between the two players. This star acts as your weapon, vanquishing enemies on collision. Completing levels and progressing through the game will require you to dodge enemies and projectiles while destroying them with the star!

By timing your button presses, you can "StarBoost" as your star bounces off your character. This increases its size and speed, and can be used to charge your Ultimate. Each character has a unique Ultimate which you can activate for a massive attack!

The game features both a Story Mode and an Arcade Mode!

The Nova Galaxy is an empire of unified peoples, physically pulled and held together through time and space with the power of the Harmony Crystal. Though it is constantly protected by the royal family, in past times of crisis the Harmony Crystal has anointed five heroes to defend it from harm and thus keep the galaxy unified. StarCrossed is the story of a new time of crisis and the new heroes chosen to fight.

In Arcade Mode, it's an all-out race for points against increasing waves of enemies. The longer you play, the harder it'll get, so it's up to you and your partner to play your hearts out and reach for the stars!

You can also buy the game on Steam!

StarCrossed is being developed by Contigo Games, a small indie team dedicated to creating multiplayer games and experiences to bring people together.

Come say hi! We would love to hear from you.

In order to download this game you must purchase it at or above the minimum price of $9.99 USD. Your purchase comes with a Steam key. You will get access to the following files: 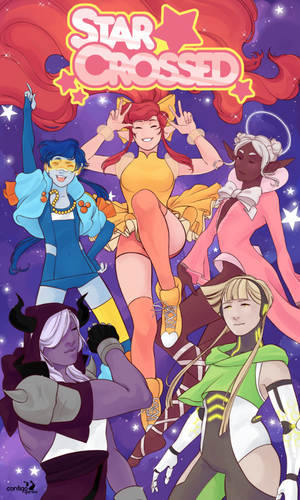 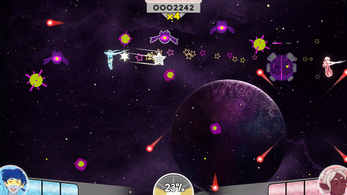 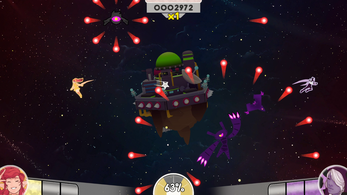 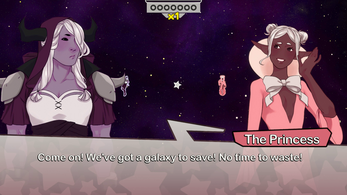 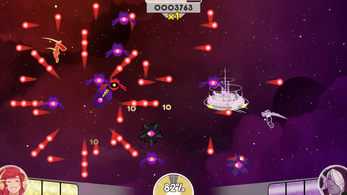 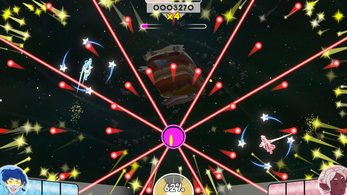